The band The Reckless formed in 2009, but changed their name to The Pretty Reckless to avoid trademark problems.  Taylor Momsen worked with different producers for two years before she met Kato Khandwala, she liked him, because he was a rock producer as opposed to a pop producer. Kato introduced Taylor to Ben Phillips and the three of them started writing songs together. At the time three unnamed musicians was hired to perform alongside Taylor Momsen. The band played their first concert on the 5th of May 2009 at the Annex in New York, seven concerts followed and then the band’s lineup changed. The band’s new line-up consisted of Momsen on vocals, John Secolo on guitar, Matt Chiarelli on bass, and Nick Carbone on drums. The latest line-up’s first show together also took place at the Annex theater on the 3rd of June 2009. The band recorded some demos in 2009 and opened for The Veronicas in 2010. In 2010 three of the band members left, leaving Taylor Momsen looking for three new members to complete the band’s line-up.

Ben Phillips, Mark Damon and Jamie Perkins are part of the band’s current line-up. The band signed with Interscope Records and planned to release their debut album in 2010. The band’s main influences are The Beatles, Oasis and Nirvana. Taylor Momsen’s personal influences include Joan Jett and Kurt Cobain. On the 30th of December the band released a new song called “Make Me Wanna Die” and offered to their fans as a limited-time free download on Interscope Record’s website. The song appeared on the movie Kick-Ass’s Soundtrack and features in the end credits of the film. On the 9th of April 2010 the band performed at the “Vans Warped Tour 2010 Kick-Off Party” and they played at The Bamboozle music festival on the 1st of May 2010. Their first EP released on the 22nd of June 2010 and received mixed reactions It contained four songs, three of which was released on their debut album these are “Make Me Wanna Die”, “My Medicine”, “Goin Down”. Their debut album “Light Me Up” was released on the 27th of August 2010. The US release of Light Me Up was delayed not being released until February 2011. “Miss Nothing” was the second single released from Light Me Up. The Evanescence tour was the third worldwide concert tour for the American rock band Evanescence. The Pretty Reckless was the opening act for their tour. The band was confirmed as the opening act for the Guns ‘n Roses Chinese Democracy tour in November of 2012. In 2012 two more singles off of the band’s debut album was released namely “You” and “My Medicine”, music videos for both singles were made.

The Medicine Tour was the second headlining tour by the band in support of their album “Light Me Up” and their 2012 EP Hit Me Like A Man. The tour consisted of 52 North American shows, 5 South American shows and 2 shows in Asia.

Their second EP “Hit Me Like A Man” featured 3 new songs and 2 live versions of songs off of their 2010 release Light Me Up. On the 6th of October 2012 a soundtrack called Frankenweenie Unleashed! was released to support the film Frankenweenie, the Target version of the soundtrack included a new song by The Pretty Reckless called “Only You”. In November 2012 Taylor Momsen turned to Twitter to vent her frustration with the havoc that Hurricane Sandy caused. All of thier recording equipment had been destroyed due to he fact that New York City was pounded by the storm.

Momsen tweeted: “Our studio, all its gear, all our guitars, destroyed… fuckyouhurricanesandy… At least we are safe. There are thousands less fortunate,  our thoughts are with you, hang in there.”

On the 11th of December the band’s fourth single called “Kill Me” was released. The song featured on the last episode of Gossip Girl, but the song won’t be included on the new album. On the 9th of January Amp Rock TV released a video of Taylor Momsen and Ben Phillips performing an acoustic version of “Cold Blooded”. On the 30th of May 2013 the band released a new teaser trailer for their new album “Going To Hell”. The first single off the new album will be bear the same title as the album “Going To Hell”. The song was released on the 24th of September and a music video will follow soon. The “Going To Hell Tour” will be the band’s third headlining tour and it will be in support of their second album. The tour begun on the 20th of September 2013.

Matthew Charles Samuels was born on the 31st of July 1981, better known as M.Shadows the lead vocalist and songwriter for the American heavy metal band, Avenged Sevenfold. M.Shadows posesses the voice type of high baritone. A baritone is a classical male singing voice that lies between the bass and tenor voice types, the baritone is the most common male voice type. He is well-known for his gritty singing style and occasional screaming.

M.Shadows started singing at an early age, but his interest in rock music grew as he got older and started playing the guitar. His early musical experience with the piano, had a strong influence on his guitar playing and singing voice. He attended Huntington Beach High School where he played in a punk band called “Successful Failure” for a brief period. M.Shadows later formed Avenged Sevenfold in 1999 along with his high school friends Zacky Vengeance, The Rev and Matt Wendt. Soon after one of The Rev’s friends joined the band as the lead guitarist. In 2001 the band released their first studio album called Sounding the Seventh Trumpet, the album gained mixed to positive reviews from critics. The band released their second album Waking The Fallen in 2003 and the band played the Vans Warped tour later that year. While discussing the band’s name, M.Shadows says that all the band members had the task of coming up with a list of names and he was the only one who completed the task. Avenged Sevenfold is a reference to the Book of Genesis, a name that the band  preferred over Lips of Deceit, another biblical note.

M.Shadows like the rest of the band has stage names, because many of the bands that inspired them for example Slash from Guns ‘n Roses and Munky of  Korn had stage names. He decided on the name M.Shadows, because he felt like the darker character of the group and he used M instead of his first name Matthew due to the way it sounded.

Shadows’ vocal style has evolved over the years, initially on the band’s first album he used a harsh metalcore-style growls with limited use of clean vocals. The release of the band’s second album demonstrated his progression towards melodic vocal melodies but still retained a strong screaming influence. With the release of City of Evil the band’s first major label release in 2005 featured minimal background screaming, stronger vocal melodies and increased attention on harmonies and melodic hooks. This change resulted in vocal contributions from each band member during live performances and remained prevalent on every album the band has released since 2005 with two exceptions being God Hates Us and Not Ready To DIe which returns to the band’s style of their earlier releases between 1999 – 2003.

One of M.Shadows biggest influences is Guns ‘n Roses, he cites them as the reason for him being in a band and writing music in the first place. He was also influenced by bands such as Metallica, Slayer, Iron Maiden, Megadeth, Ozzy Osbourne and Pantera. M.Shadows says that Megadeth are the reason they incorporated a classic metal sound into their music, because that type of sound crosses over and extreme metal doesn’t.

Some might say that these influences was what lead to Machine Head frontman Rob Flynn calling “Hail To The King” a covers album. Rob went as far as to list 10 jokes about the album and the similarities the album/songs have with other classic rock bands. After Chris Jericho (Fozzy singer/WWE Wrestler) made M.Shadows aware of the comment he responded to the claim by shrugging it off and taking it as a joke. He has met Rob on many occasions and he says that Rob has always been friendly to him. As a joke M.Shadows thinks Rob might have gone a little overboard, but he realizes that everyone has their own opinion.

I decided to feature M.Shadows on the blog when I saw a screenshot of their “Hail To The King” music video on Loudwire.com. I was very impressed with the video’s style and the execution. I will admit that I was pretty intrigued by M.Shadow’s long hair, although the overall verdict on YouTube didn’t sound as positive. I’ a sucker for a guy with long hair!

The following quote was taken from an interview M.Shadows had with Metal Injection: http://www.metalinjection.net/latest-news/drama/avenged-sevenfolds-m-shadows-declares-metal-dropped-off-after-the-90s

“We feel that metal dropped off after the ’90s in terms of production and songwriting,” Shadows said after naming the likes of Pantera, Metallica and Megadeth as the new record’s main influences. “Metal music isn’t at the forefront as much as it used to be.”

The vocalist elaborated further, “We wanted to write a record that was highly influenced by the early ’90s records and mid-’80s records we grew up on. Then we went back even further and were influenced by [Black] Sabbath and Led Zeppelin. We studied those records, looked at what they were doing and how they were doing it. A lot of them came out of the blues, so we studied the blues and classical music. We just wanted to write a record that was different.” 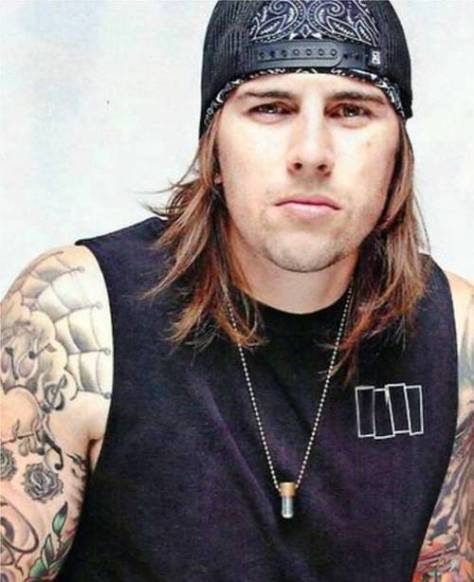