A new band started to pique my interest recently. I don’t regularly feature unsigned bands, because it is difficult for me to gauge whether the band will be successful in the future or not. I feel that Message to Venus has the potential to become successful in the rock music industry.

Message to Venus (also known as M2V) is an American rock band that hails from Puerto Rico which was formed in 2008 by Jandre Nadal.

Jandre started out trying to get a band together, but he had difficulty finding musicians that were on the same page as he was. Just before he gave up his search, he heard that a band called “De’fekt” was going to start recording a new album. During that time their lead vocalist left the band due to personal reasons, the band then decided to call Jandre.

Jandre grew up listening to bands like; Alice in Chains, Led Zeppelin, Tool, Deftones, Pantera, STP (Core album) and he also enjoys Incubus. His father had a band which is why Jandre mainly listened to classic rock n’ roll and the blues when he was an adolescent. John cites Tool as his favourite band.

Jandre was a former member of a band called Slimy Nuggetz, who shared the stage with bands like;  Anthrax, Ill Niño, Puya,Circo, Caramelos de Cianuro, Sol D’Menta and many more rock festivals in Puerto Rico, the US and South America.

The other members who were part of De’fekt at the time also gained local exposure in their hometown of Puerto Rico.

The band have no illusions about success and fame, they know it doesn’t come easy and the band is willing to work hard to meet their long-term goals.

I discovered the band when I noticed that they decided to Follow me on Twitter (thanks 😉 ), their logo piqued my curiosity so I decided to investigate further. I listened to their music and watched some videos that the band had released thus far. I decided to feature them in my blog, because have their own unique style and sound. Their sound is like a fusion between alternative rock and grunge. Their music is thought-provoking, raw and pure. The remix of their song “Universal You” just demonstrates how versatile their music can be.

Listen to it here:

“We released our Made-for-web video for Change. Change is our second single from “The Envelope EP”. It features visuals from what happened at the

along with some rehearsal and backstage shots. We had a blast!

The video was put together by Emmanuel Rolón with a bit of help from Ernesto Javier Flores, both of who are great friends.” – Excerpt obtained from Message To Venus’s Facebook Page

My favourite video/song from the band is “Universal You” which uploaded onto their YouTube channel on the 27th of October 2011. Have a look below:

The band’s upcoming album will be called “Victims & Villains”, the album is currently in its final mixing stage, it has been a long process. For this album M2V teamed up with producer Leo Alvarez (Mattador, Tavú, Slimy Nuggetz) who brought out the best in each band member in this 10 song album. I can’t wait to hear more material from this band and I wish them all the best in their future career.

You can buy the band’s EP on iTunes here: http://itunes.com/MessageToVenus 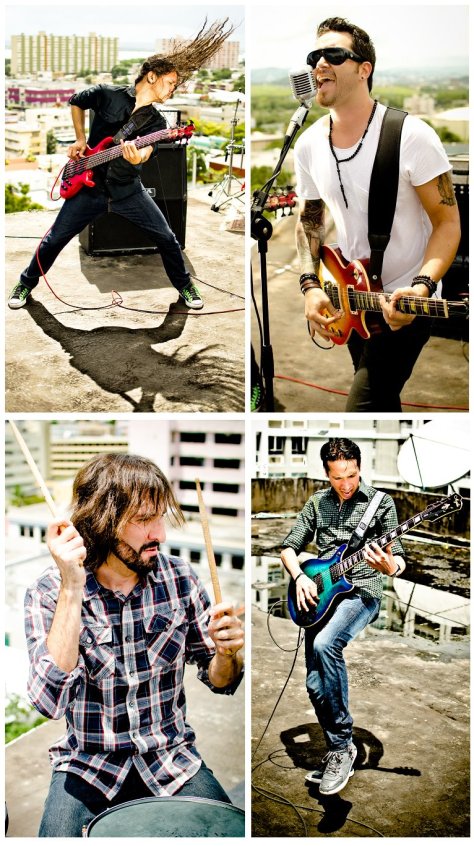