We want 2019 to rock, so here are a few of the latest rock tracks to wet your appetite properly!

This song is heavily driven by the impeccable drumming performed by Morgan Rose. The lyrics of the song deals with trusting someone enough in order to love again. The narrator is looking for someone to help make him/herself strong again after disappointment/heartbreak. Lajon’s vocals always tend to elevate a song, to create a good contrast with the heavy instrumentation.

With “Apologize”, grandson is stating that he admits to all his mistakes and imperfections, but he refuses to apologise for who he is. The opening line “I lose a bit of myself with every selfie” could be a commentary on the world’s current obsession with social media. I think this song is empowering and a wake-up call to the world to take responsibility for their actions by becoming more self-aware. grandson really has a knack for creating a unique sound that has become his signature.

Papa Roach delivers a powerful message with the lyrics for “Come Around”. It is about being there for someone when they are going through a difficult time and sticking it out with them even when it becomes tough. People act differently when they are trying to cope with a difficult situation, even though they think they are hiding it well. Papa Roach created a lighter sound on this song, despite the heavy topic at hand. They are creating a sense of optimism by incorporating a stunning guitar solo towards the end.

Born For This – The Score

The Score has a talent for creating arena-worthy anthems. “Born for this” is definitely no exception. The lyrics serve as a motivation to deal with any difficulties that life may throw at you and being ready to face them head on. This song will be right at home at any sporting event, I imagine it being blasted to the audience at a stadium and them loving every minute of it. The Score are starting to make a name for themselves and they deserve every minute of it.

Hold Up A Light – Thrice

The chorus to this song is a headbanger of note. I love the build-up to the chorus and then singing along to it in my car as loud as I can and then I ask myself, “Can life get any better?”.

I can’t help but think that this song  has an apocalyptic feel to it. I’m sure the crowd will love it if the band decides to play this song live at some of their concerts. I think any rock fan will gravitate towards this song.

Medicine – Bring Me The Horizon

Bring Me The Horizon return with super honest lyrics. I’m always entertained by Oli’s blunt style of song writing. I love the style of the song and I won’t ever forget the opening verse “Some people are a lot like clouds, you know (Clouds, you know, clouds, you know) ‘Cause life’s so much brighter when they go”. I’m obsessed about the video for “Medicine”, it is artistic, fascinating and realistic. Although this song might seem a little more mainstream than fans expect, I have thoroughly enjoyed the album thus far.

Remington Leith delivers a song about a friend that is seemingly going through depression and addicted to drugs. He is trying to intervene through the lyrics and deliver the vocals with the necessary flair and sensitivity. This band is in a different league and produce their own flavour of 21st century glam rock.

“Demons” is a reminder that all of us are capable of being brave and overcoming adversity. I love the how the electronics were incorporated in the song and the intro. There are certain guitar sections of “Demons” which mimic speed metal and I love the pace of the song. The brothers’ vocals blend beautifully and they take you on a sonic journey with so many elements being blended effortlessly.

A promise of great things to come this year! 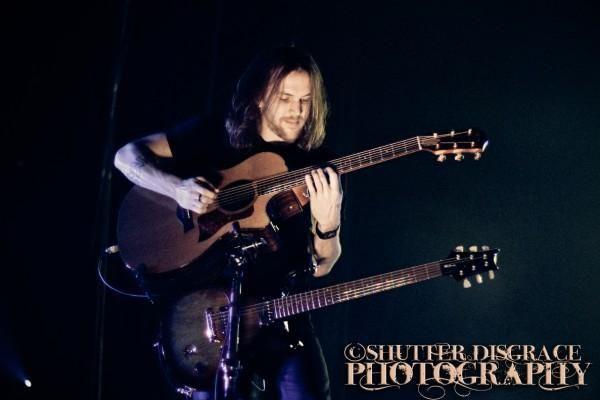 Eric Charles Friedman was born on the 28th of June 1984 in Yorba Linda, California, United States. Eric is also referred to as Erock and he is best known as the current rhythm guitarist and backing vocalist for Creed.

Eric’s career more or less started when he was just a teen at the Galaxy Theatre (Santa Ana, Ca) in 1996 when his teenage guitar hero Kenny Wayne Shepherd (who is married to Mel Gibson‘s eldest daughter) pulled him onstage for a jam session during his set. Shortly after he began playing in his own blues band called The Eric Friedman Band. Eric was endorsed by Fender at the tender age of 13! Eric Friedman was the youngest guitarist at the time to be fully endorsed by Fender.

Eric had the opportunity to open up for bands like Buddy Guy, Jimmie Vaughn and Jonny Lang. He had a developmental deal with Steve Vai’s label Favored Nations at the age of 15.

In the year 2000 at the age of 16 Eric started a band called Blacsun that had demos produced by Brett Hestla (Virgos, Dark New Day, Replaced Brian Marshall as touring bassist for Creed). That same year Eric became the lead guitarist for the band Submersed. Their debut album was called In Due Time and their second album was titled Immortal Verses which was released on the 18th of September 2007. Eric didn’t resume his role as the lead guitarist for their second album, but he did have songwriting credits. Submersed disbanded in 2008. Eric was the lead guitarist for Daughters of Mara which was founded in 2001, their self-titled album was produced by Garth Richardson (Mudvayne, Rage Against the Machine). The group disbanded in 2008.

Eric Friedman grew up listening to Creed’s music in particular My Own Prison (one of my faves too!). His first introduction to Mark Tremonti was at a NAMM (National Association of Music Merchants) show. The NAMM Show is one of the largest music product trade shows in the world, founded in 1901. Eric’s manager at that time introduced him to Mark Tremonti. They subsequently jammed at one of the Rivera amp booths and although they had very different styles of playing, they realised that they both complemented one another. Eric Friedman is heavily influenced by blues and Mark Tremonti is heavily influenced by metal music. That is how Eric became the rhythm guitarist and backing vocalist on Creed’s 2009 Reunion tour. I was first introduced to Eric Friedman on Creed’s record-breaking 2009 “Creed Live” DVD where he appears as a touring member. Mark recounts the manner in which he was introduced to Eric on Behind the Scenes footage on the DVD. Eric has appeared in interviews, promotional videos and photos of Creed recently which has led to rumours that Eric might officially be joining the band. The band admits that it has been discussed, but nothing has been confirmed as of yet. Friedman joined Creed in 2012 on their 2 Nights tour.

Eric is currently also the lead guitarist and songwriter for the band Hemme. He is featured on Tremonti’s debut solo album All I Was playing guitar, bass and singing background vocals. In 2012 Eric became a member of the supergroup Projected alongside Sevendust’s John Conolly, Vinnie Hornsby and Creed/Alter Bridge drummer Scott Phillips. Their debut album called “Human” was released on the 18th of September 2012. They plan to do a tour in support of the album, but with the band members being involved in various projects its going to be a challenge to arrange it.

From the few glimpses I have seen of Eric these past few years I have come to the conclusion that he is a genuinely sweet, easygoing guy who loves to play Disc Golf, ride motocycles and spending time with family and friends. It is apparent that he has a deep appreciation for music, therefore he has remained humble even though he has accomplished much in his early career. Eric is currently in a relationship with Sara Lawrence who is expecting a baby girl. Sara has more or less 9 more weeks before she delivers.

I wish them the best of luck for the future and I’m sure Eric will make a fantastic father! 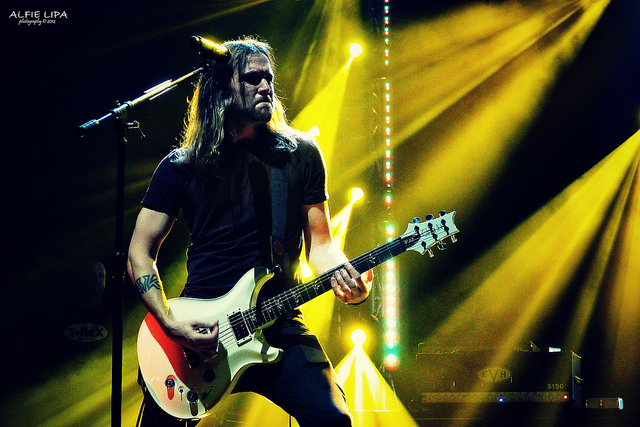 Eric Friedman of Creed by AlfieLipa, on Flickr
Source: http://www.pinoyphotography.org/forum/index.php?topic=106039.0 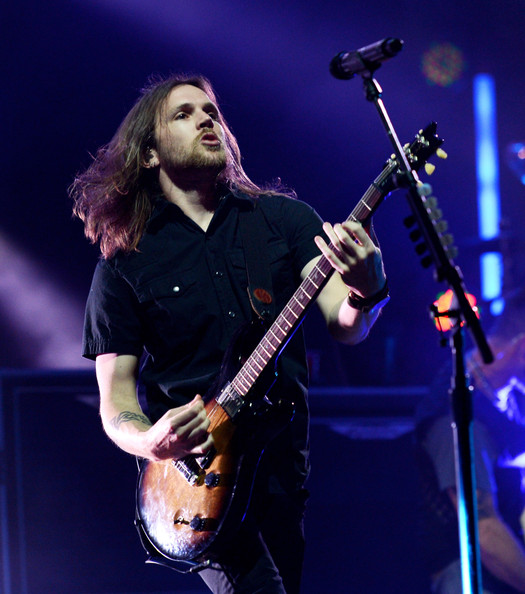 In This Photo: Eric Friedman
Guitarist Eric Friedman of Creed performs at the Wiltern Theatre on May 15, 2012 in Los Angeles, California. (May 14, 2012 – Source: Kevin Winter/Getty Images North America)